HeatShield is RoofMate product plus the addition of ceramic beads to provide an enhanced thermal barrier on the building–s roof by way of high reflectivity and high emissivity. White HeatShield provides excellent cool roof properties, altering the radiant heat of the roof surface to match the ambient temperature.

HeatShield takes that cool roof effect to another level by 75% reflectivity; which is reflecting 75% of the sun–s ultra-violet rays away from the roof surface and, 95% emissivity; which is emitting 95% of the heat from the surface. The benefits to the building owner of applying a HeatShield system is to weatherproof, waterproof, protect and preserve the existing roof substrate and also reduce the energy costs involved in the operation of the building at the same time. 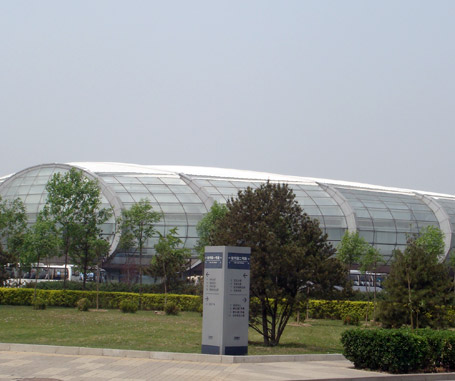 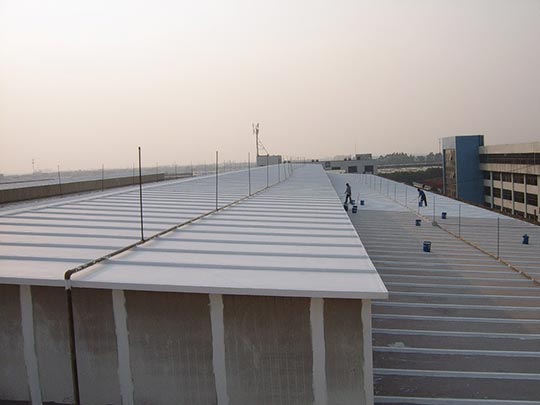 MYTHE:
Cool Roof savings aren’t real. The roof may save energy in the summer, but will increase my heating bill in the winter months.

FACT:
According to the Lawrence Berkeley National Laboratory, the cooling energy cost savings resulting from Cool Roofing far exceeds the increase in heating costs everywhere in the United States except the most remote areas of Alaska.

MYTHE:
Cool Roofs are only beneficial to buildings in southern and warm climates.

FACT:
Although the cities of Philadelphia and Chicago are not located in “southern climates”, both have adopted Cool Roof building legislation to reap the benefits that Cool Roofing can offer both building owners and occupants


FACT:
Reflectivity decreases the most during the first year of a Cool Roof’s life. After 3 years, the rate of decline for reflectivity is typically less significant it remains at a nearly constant value. As a result, roofs listed on the CRRC Rated Products Directory show initial reflectivity

Remove any loose or flaking particles, dirt, rust and scale, Power wash and clean all surfaces to be insulated.

Apply HeatShield coating by brush, roller or sprayer at a rate of 300 square feet per gallon.

Allow 8 hours to dry before applying a second coat.

At least two coats must be applied. 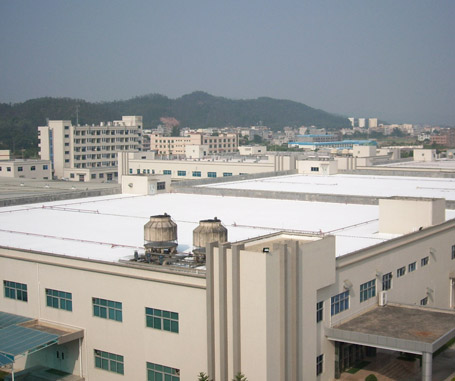